Diversion will come into force on Monday 5 October

Residents and commuters are preparing for at least seven weeks of disruption as Mauricewood Road closes for resurfacing works.

The major link road, which connects Edinburgh Road (A701) and the A702, will be closed to through traffic for at least seven weeks to facilitate the works. A diversion will be in place via Belwood Road, though the Stagecoach 101 bus will operate via Bush Loan Road omitting the Flotterstone stop.

To minimise disruption to residents and maintain access to the neighbourhoods of Mauricewood and Greenlaw Mains, the resurfacing works will be undertaken in three stages, detailed below: 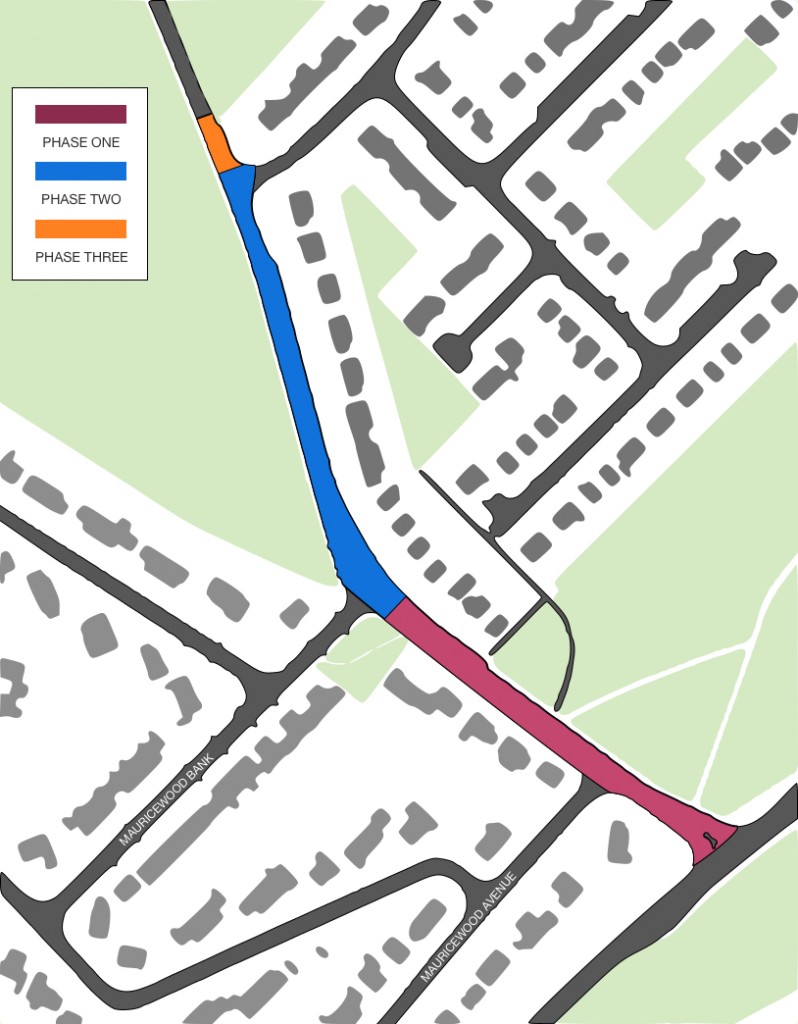 However Midlothian Council have warned in a letter to residents that the duration of the works could be longer than the proposed seven weeks, stating that the conditions of the road will dictate the duration of the closure. Parts of the road will be excavated 100% to the original surface and then re-layed to the current level, a process carried out at Rullion Road in 2014 leading to the roadworks taking three weeks longer than expected.

Should the timetable be met, and not deterred by adverse weather conditions, the thoroughfare will reopen fully on Friday 20 November.

Residents at Cornbank regained full use of Rullion Road on Friday following its ten week closure. Last week the road reopened in a state of incompletion with cones demarking open manholes and non-ramped changes in levels between the left and right lanes. Lothian Buses, who started running on the surface again, returned to their diverted route after confusion led to some buses operating via Cuiken terrace and others via Rullion Road. In a statement, a council spokesperson said:

The road was opened up last Friday for a period because it was safe to do so to minimise the current disruption to local residents.

Readers of the Cuckoo lamented this with many describing their confusion over progress and lack of updates from the local authority.

What’s your view? Let us know below or join the conversation on Facebook.