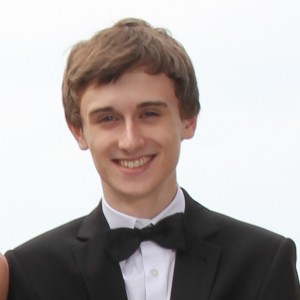 Welcome to the more personal depths of our website. This is the area where you get to meet me, the editor, founder and sole contributor.

Before I tell you why I founded this news site, and former printed newspaper, I think it is important for you to read about who I am.

My name is Thomas Scott and I have resided in Penicuik all my life. Born in December 1996, I am currently a first year Architecture student studying at the University of Edinburgh. I’ve grown up with my two sisters (being the eldest of triplets) and have just finished six years at Beeslack Community High School. Here, I led the campaign to stop a planned split-site merger with Penicuik High School, a campaign which succeeded thanks to strong public opposition. After concluding the campaign, I secured £300 funding to allow the first issue of The Penicuik Cuckoo to be printed in May 2012.

A second printed issue followed a year later and the final ever printed Penicuik Cuckoo was distributed in December 2013. I took the decision then to move online. At the time I was studying for Advanced Higher exams and due to time constraints, I could not publish a twenty page newspaper as well.

Penicuik is my home and I care passionately about what’s going on in it. From day one of the Cuckoo, it has always been a selfless not for profit venture. The community needed a local news source and that is why I created it. I did not create it for financial gain, and the day this news outlet becomes commercially driven, will be the day leave.

Like the majority of our readers I have grown up with a changing Penicuik. Gone are butchers, bakers and paper makers. I remember fondly going into Brian the Butcher’s on High Street. Whilst my grandmother shopped for the forthcoming week’s meat, Brian saw to getting my sisters and I three Vimto lollipops. Thoroughly satisfied, off we trotted to the greengrocers (now William Purves funeral directors). Here too the shopkeeper greeted us all with a smile.

We may not be able to return to the day of the community driven high street but I like to think that Cuckoo has created a friendly online community. Now capable of reaching around 30,000 people, the Penicuik Cuckoo is your friendly news website. From crime, to housing news, to news of a special anniversary, we will be here every step of the way.

If you would like to join the family, just follow this link and fill out the form.