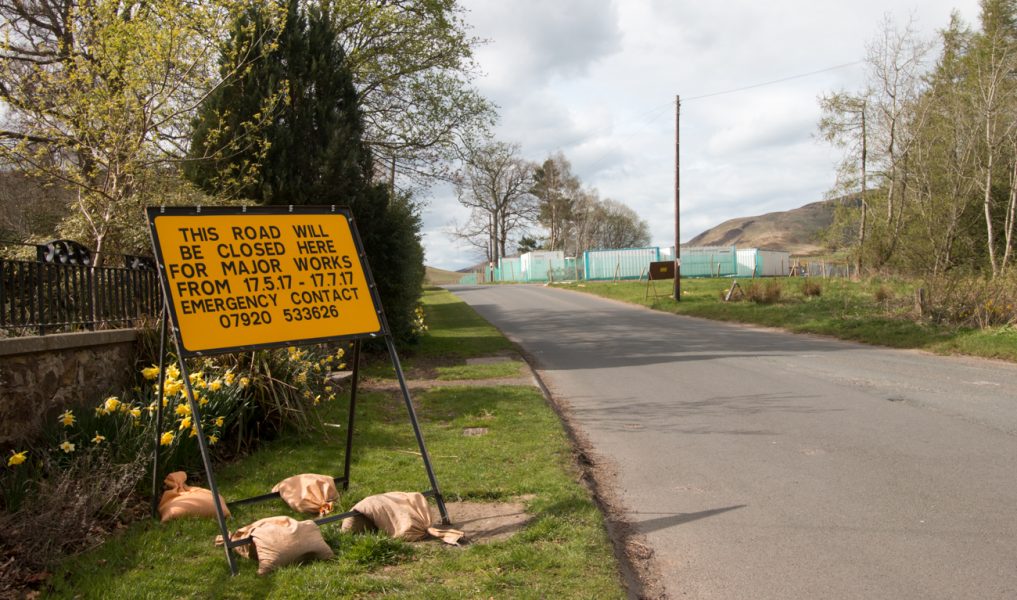 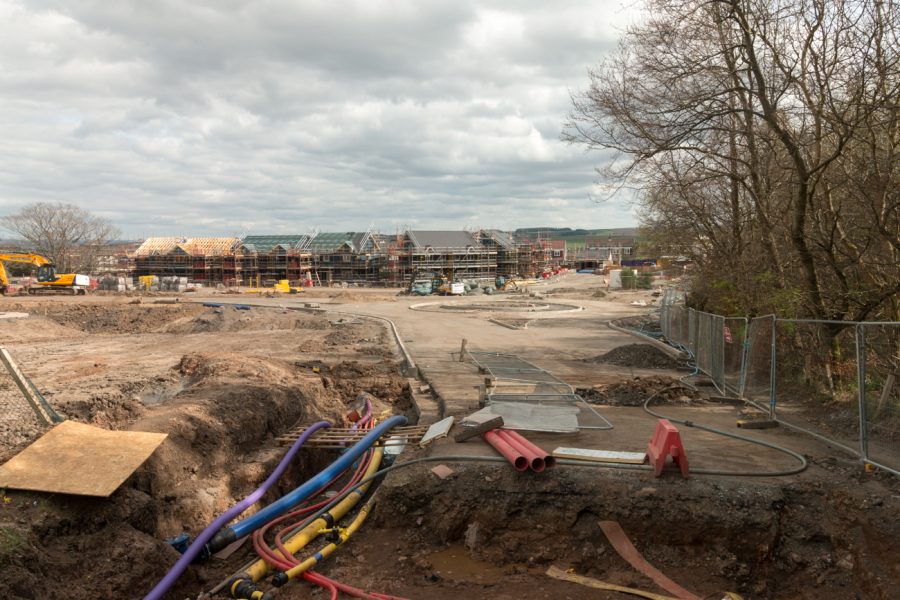 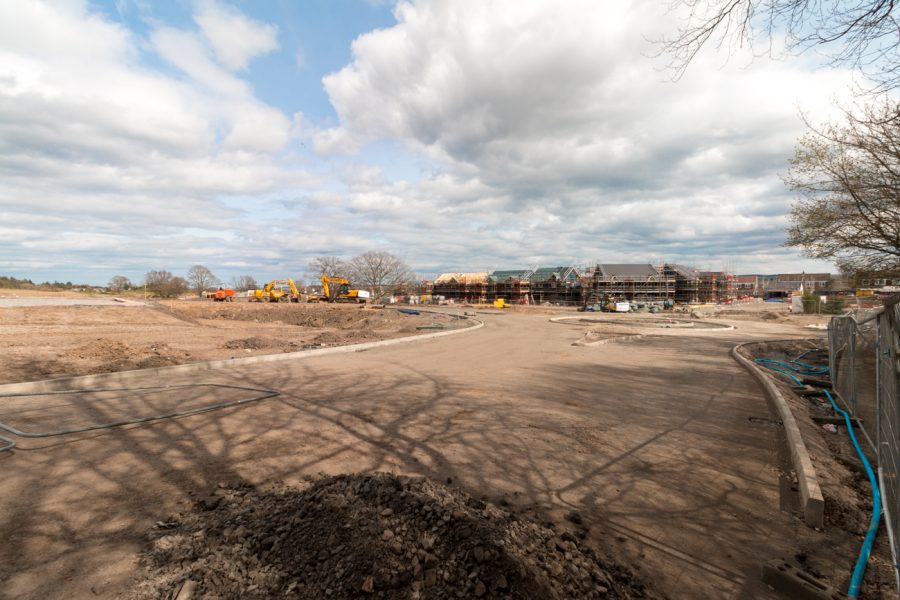 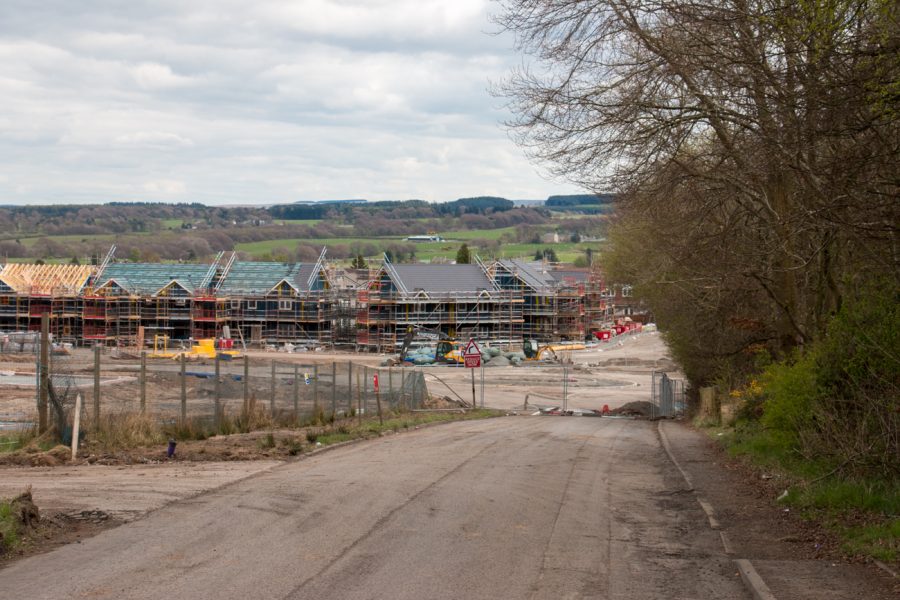 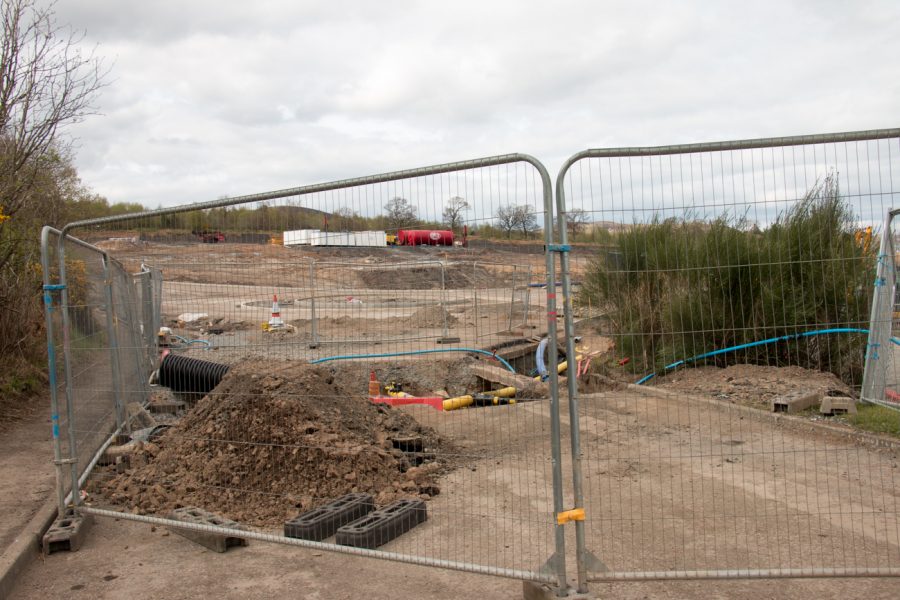 Scottish Water announce start of major infrastructure works, that will close the road right after it was scheduled to reopen.

Penicuik’s commuters are facing three more months of upheaval with the latest announcement that Mauricewood Road will close between 17 May and 17 July for the diversion of two water mains.

The link route in north Penicuik, which connects the A701 to A702 trunk route, has been closed on and off since November last year, causing traffic to follow lengthy diversions via pothole ridden routes. Its latest closure commenced in mid-January to allow Taylor Wimpey to erect a roundabout at the entrance to their new Greenlaw Mill development and was meant to last twelve weeks. However, the closure was extended to 30 April at the end of March, with Wimpey placing the blame on utility companies for the delay.

Only five working days remain until the promised reopening date but a visit to the site by the Cuckoo shows significant work must yet be undertaken before the road can be signed off and reopened to traffic. The newly laid road to the roundabout has been uplifted at each end to allow for cabling and pipework and extensive damage has been caused to the new carriageway. Pavements, street lighting, signage and road markings must also be added. It appears to be highly unlikely that the road will reopen by the new target date.

Should the closure extend toward Scottish Water’s planned works between the Belwood and A702 junctions, the road will have been closed to traffic for the first seven months of 2017. During the pipe diversion works, traffic will be unable to access Penicuik from the A702 via the Mauricewood Road junction and will be required to use Bush Loan Road. There will also be no access to the A702 from the Mauricewood or Belwood Road junctions on the A701. The Stagecoach 101/102 service will continue to use Bush Loan Road, omitting Flotterstone.

There will be further disruption later in the year too once Farrans and Transport Scotland commence the £4.7M project to create a roundabout on the A702 Mauricewood Road junction. It is highly likely that there will be additional closures and traffic management during the construction programme.

With May’s Hunter and Lass festivities looming, it also remains to be seen how the Saturday Rideout will join the A701 to lead the parade through Penicuik. Traditionally the procession of hundreds of horses will travel down Mauricewood Road from the A702 before joining onto Edinburgh Road. This will not be possible with the closure of the junction.

What do you think? Are you fed up of the closures? Let us know below or join the conversation on Twitter or Facebook.

Penicuik on Parade in Doubt