Nearly a decade and a half after plans were originally drawn up, two major house builders have announced the submission of a new planning application for hundreds of new homes in the north of the town.

It is a housing development that has been fifteen years in the making, however the proposed creation of a new neighbourhood off Rullion Road, Penicuik, has now taken a major step forward.

Luxury house builder CALA Homes and Avant Homes announced Tuesday that plans had formally been submitted to Midlothian Council for the creation of 552 new homes on earmarked land between Deanburn and Mauricewood. The proposals would see the construction of 431 private 3-5 bed homes, of various styles and typologies, along with 121 ‘affordable’ homes. Also included would be the provision of a link road connecting Rullion and Mauricewood Roads.

Following earlier community engagement we are delighted to be moving forward with what promises to be an exciting and beneficial development.

Importantly for Penicuik, this development will contribute to a sizeable investment in infrastructure, which would result in improvements to schools, roads and local facilities across the town – whilst boosting the population, supporting the local economy and increasing footfall in local businesses.

A mixture of private and affordable bespoke homes will also add to the housing availability in Penicuik and provide much needed family housing.

The land, on which the housing development is proposed, was first identified for housing by the council in 2003 but following a series of setbacks and land ownership issues, previous planning applications lapsed. Whilst Cala Homes have remained as principal developers throughout, MacTaggart and Mickel left the consortium and have been replaced by Avant Homes (formerly known as Bett Homes). The housing developers are now able to bring forward a new application following the resolution of legal matters into the construction of the £4.7M A702 Mauricewood Roundabout. 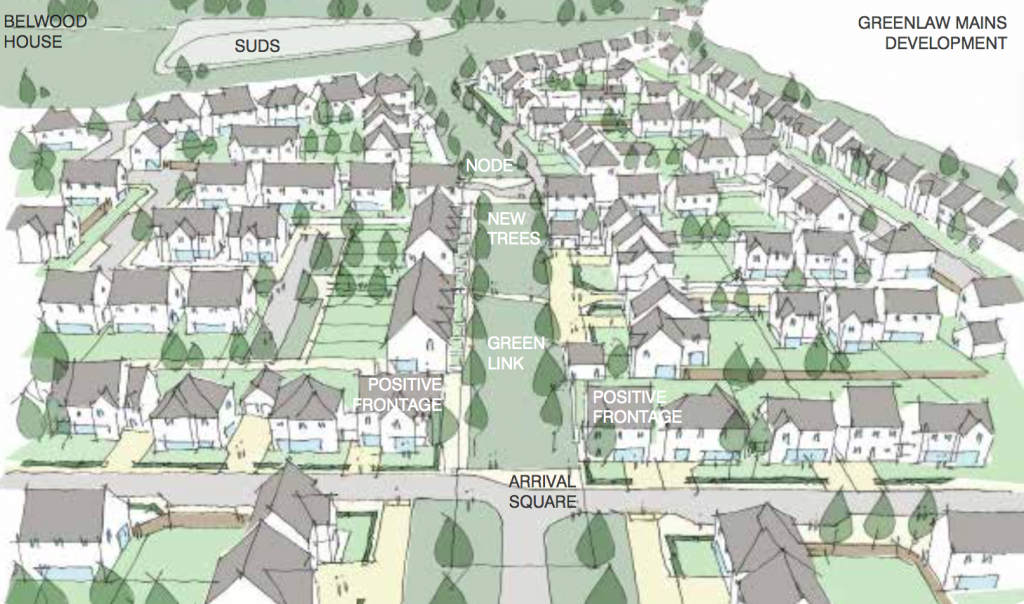 Last April, the team behind the proposals held a series of consultation meetings with the public to gather pre-planning opinions. It was said that the original plans from 2003 had only been altered slightly to reflect the companies’ new housing styles. 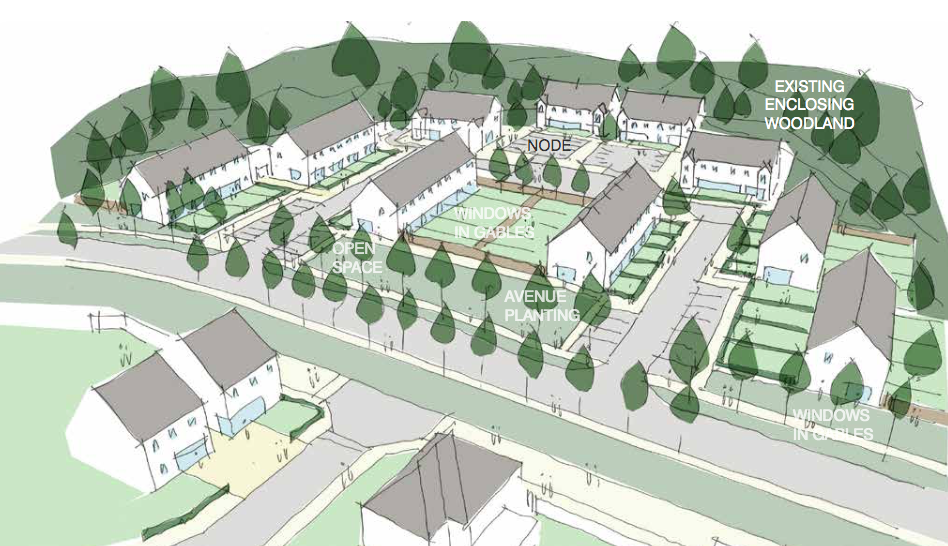 Subject to the receipt of the necessary planning consents, initial construction works could begin this Summer. Phase one includes the construction of the Belwood Housing and phase two, due 2020, includes the Nursery and link road.

Planning documentation is available to view, and comment upon, on Midlothian Council’s planning portal. Click here to visit.

This Isn’t About the Greenbelt