Located on St. Kentigern Way in Penicuik’s town centre, Lidl UK is still a relative newcomer to the area having only opened in 2009. However with growing sales and an increasing market share, the chain is now taking the fight to the town’s established Tesco supermarket with the addition of a “state of the art” in-store bakery.

Work commenced earlier this year to add a small extension to the west of Lidl’s unit, allowing the creation of a small bakery area. Here, staff will prepare fresh bread, pastries and other baked goods, such as goat’s cheese & pesto focaccia, daily. The addition to the store represents Lidl’s continued investment in the local community and forms part of the company’s UK wide expansion and improvement programme. 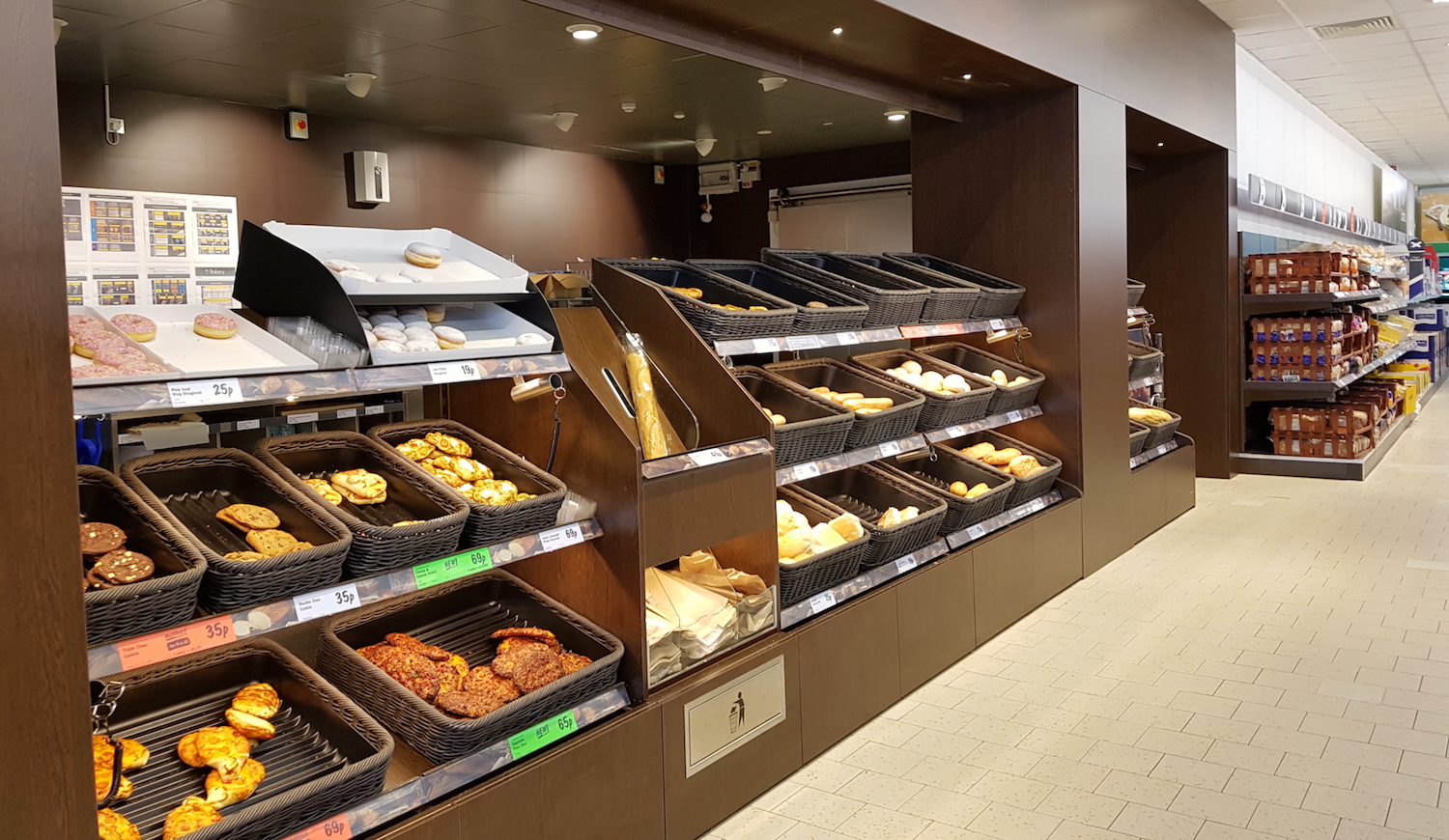 As our strong sales growth continues we are constantly reinvesting into our existing store base, as well as building new stores. We are very excited to introduce this new bakery to our Penicuik store, and look forward to serving our multi-award winning bakery products to the local community.

In addition to the new bakery, the retailer has refurbished the interior of the supermarket to bring it in line with their current look and feel. The newly introduced muted grey palette is said to add a subtle premium feel to the branch.

Over 6 million British shoppers are now heading to Lidl each week, half a million more a week than in 2015. Lidl’s success shows no signs of slowing, as the latest Kantar Worldpanel results outline its continued growth of 13.8% and market share high of 4.4%. It joins upmarket chain Waitrose and discounter Aldi in challenging the “big four”, Tesco, Asda, Sainsbury’s and Morrisons. Aldi, who previously hoped to open in Penicuik has now dropped their plans and will open their first store in Midlothian at Lasswade.

Largest ‘Next’ in Scotland to Open